For further information or to request a demonstration, please contact

Invoke announce that their Irish client Insurers have been provided with the full set of CBI Solvency II National Specific Templates (NSTs) within their « e-Filing Insurance » regulatory reporting portal solution, thus allowing them to be fully prepared on time for the mandatory quarterly submissions due from May 2016 and for the semi-annual and annual submissions thereafter.

The NST Data Point Model (DPM) and XBRL Taxonomy 1.0.0 have been published by the CBI mid-December 2015. Thanks to its state-of-the-art XBRL technology and a dedicated team of subject-matter experts, Invoke has been able to fully configure, package, test and deploy the new NSTs to its industry-endorsed, cloud-based Solvency II reporting solution in a matter of weeks.

Thanks to this early regulatory release, Invoke customers have been up and running since the 18th of February.

“Our team of functional and technical experts were able to analyse the new requirements, exchange with the CBI’s SII returns team and deliver a fully compliant solution to our customers only 8 weeks after the taxonomy 1.0.0 was released”, says Anne Rajerison – Solvency II Subject Matter Expert at Invoke.

“This provisional delivery of taxonomy 1.0.0 templates to our customers ensured them that Invoke would meet the final taxonomy expectations.”

As announced by the CBI during the Solvency II industry event that took place on the 23rd of February 2016, the final taxonomy version 1.0.1 was released on the 11th of March, and will be used for the live submission in May.

Invoke users will find their work-in-progress NST reports in their Invoke cloud SII reporting solution, up-to-date with the full set of taxonomy 1.0.1 templates, by the end of March, and thus be fully prepared to test the submission of their NSTs in XBRL to the CBI’s Online Reporting System (ONR) as soon as the platform opens on the 30th of March.

“The testing window of the CBI’s ONR system will be short, as test support may not be fully available not later than 14th of April. We wanted to be sure our customers would benefit from sufficient time for testing their reports « live » on the platform.”

“As the SII workload increases for all insurers, using a trusted ‘out-of-the-box’ solution to manage the fluctuating requirements provides them with a regulatory peace of mind and further confidence using Invoke for their NST submissions in XBRL.” concludes Anne Rajerison.

---
About Invoke Software
With offices in London, Paris and Luxembourg, Invoke is the trusted regulatory technology partner to supervisory bodies worldwide, as well as to firms in the financial services sector who fall under the scope of complex regulatory imperatives such as CRD IV and Solvency II. Incorporating advanced data-governance, collaborative workflow and disclosure management features, Invoke regulatory software solutions associate a decade of technical expertise with extensive domain knowledge.

Invoke Solvency II Pillar 3 solutions have already been successfully implemented in no less than 24 countries with over 650 insurance entities trusting Invoke’s software and domain expertise for their Solvency II reporting.

Solutions
An out-of-the-box declarative web portal for Excel®-to-XBRL generation of QRTs
Are you looking for a light, turn-key solution for producing your Pillar 3 reports in XBRL?
RSS Feed 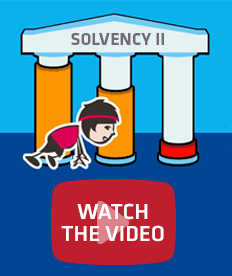