Immerse yourself in the future of business reporting! 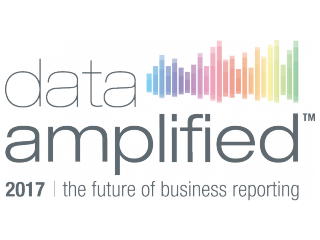 Because new technology is driving innovation in business models and reporting, Invoke pursues its commitment to furthering the footprint of the XBRL International consortium through its Gold Sponsorship of the Data Amplified 2017 Conference.

This 3-day conference that will take place in Paris early November is where the key players involved in the future of business reporting join together to discuss their plans, highlight their achievements, and ask their questions.

Regulators, technologists, accounting and business professionals will be debating the ways that performance in all fields gets measured, reviewed, published and analysed in the 21st century.

Don't miss exciting topics and debates lead by top industry speakers and key-experts from European and local supervisory authorities, amongst which :

Antoine Bourdais, Director of the Banking and Insurance Division at Invoke, will have the honor to moderate the plenary session of the Single Resolution Board, represented by Mr Dominique Laboureix, Member of the Board of the SRB.

In response to the recent financial crisis, the European Commission pursued a number of initiatives to create a safer financial sector for the Single Market, a key element of which was the creation of a centralised decision-making power in respect of bank resolution. This mission has been entrusted to the Single Resolution Board (SRB).

A key element enabling the SRB to fulfill its mission is its ability to efficiently collect and analyse bank data. This data is used to determine individual bank contributions to a Single Resolution Fund and also to determine the extent to which bank equity and debt can be written down during a crisis, placing the burden on shareholders and creditors of the bank, rather than on the public.

During this interactive session, the SRB will share their experience of just how the resolution authority has been successful in setting up its data collection system using XBRL.

Stop by our booth to get a live demo of Invoke Analyzer, Invoke's high performance data storage and analysis software tool.

Member of the board
Single Resolution Board (SRB)